We had the Mancunian master-muralist AKSE over at TALBOT recently, for a secret piece that he created to coincide with Trump’s presidential visit to the UK. When he heard we were due to demolish this building in the TALBOT courtyard, he knew he had the perfect project in mind for it. 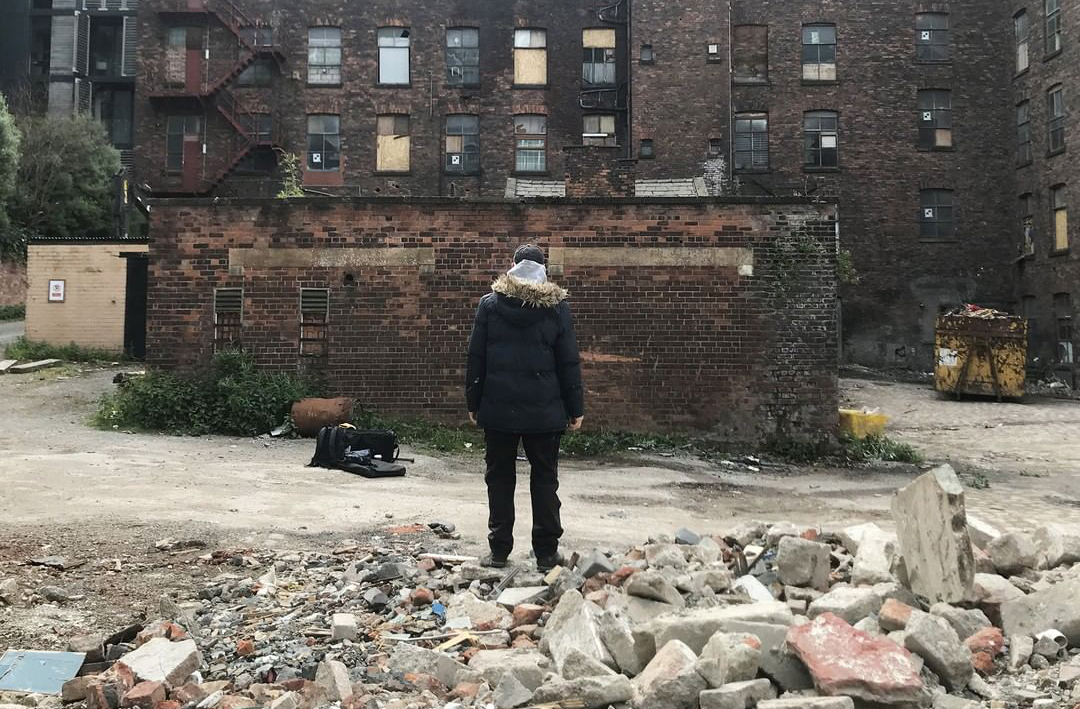 The mural, which featured Trump and the iconic Martin Luther King, ruffled feathers on all sides of the political spectrum across social media, but the message was clear for everyone “Love, not hate” – take a gander at the final piece below. 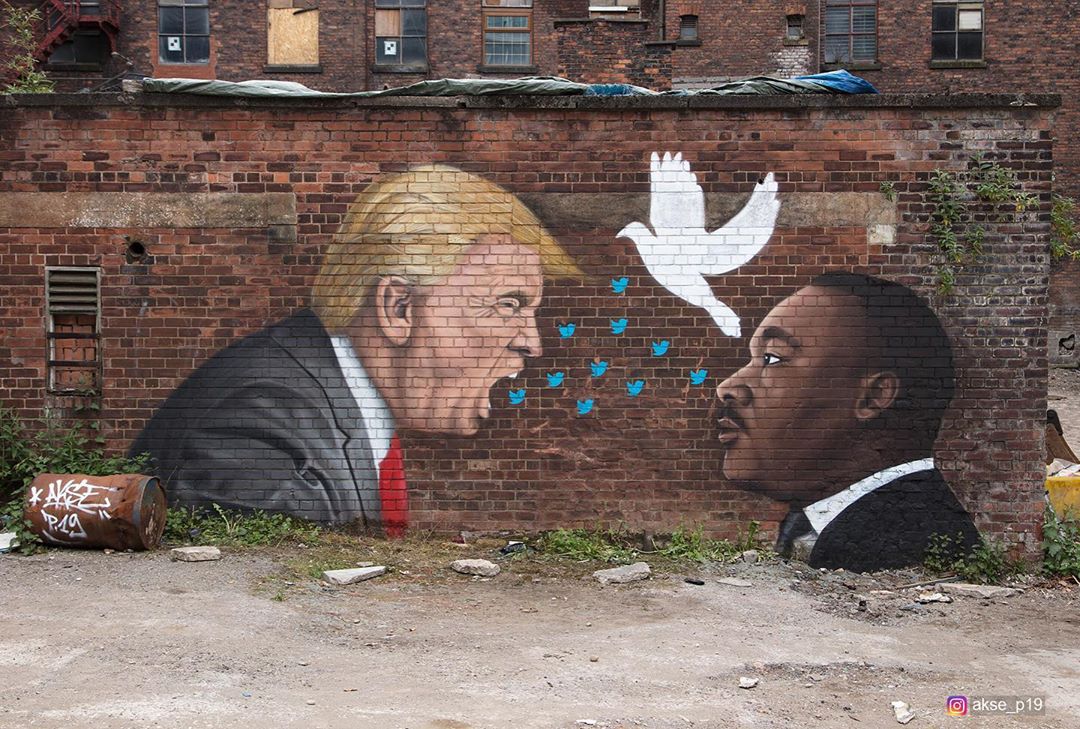 The piece was then destroyed, as quickly as it was created, as shown in the video below. It was a shame for fans of AKSE and street art hunters hoping to take a pic – as we even had people contacting us for the pieces of it! Though AKSE explained that it was very much the essence of street art, which is always temporary and always evolves.

A little insight into my journey as a human being, hope you enjoy this short video produced by @charlie_j_watts shot on super8 film, thanks to @pollyward_editor for the edit and @capitalcentric for letting us paint this site #akse #p19 #graffiti #art #streetart #manchester #mcr #uk peace #love #unity #equality #wall

Back to news feed